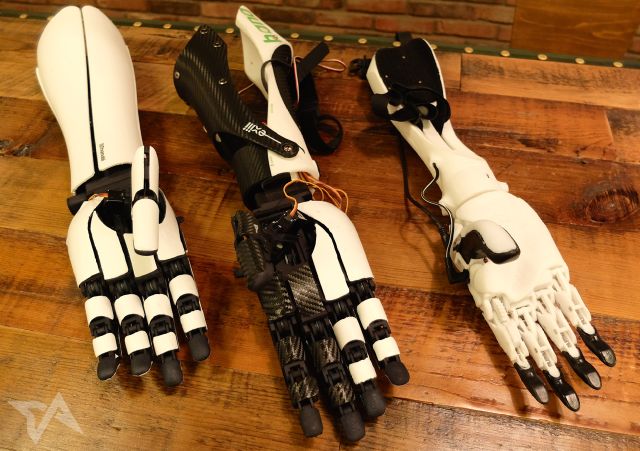 Among all of the applications of 3D printing, medical applications are one of the most interesting. 3D printing has kick-started a golden age of affordable medical supplies and utilities. Within the medical field, prosthetics have been gaining particular prominence. This is due to how 3D printing enabled designers to create shapes once thought too intricate to mass produce. As a result, functional designs of various prosthetic parts have gone up.

That’s where Grayson Galisky comes in. Grayson is a high school student that has built a functional biomimetic arm. In addition, he designs 37 of the 57 3D files necessary for this project. He obtained the rest from thingiverse and modified them. 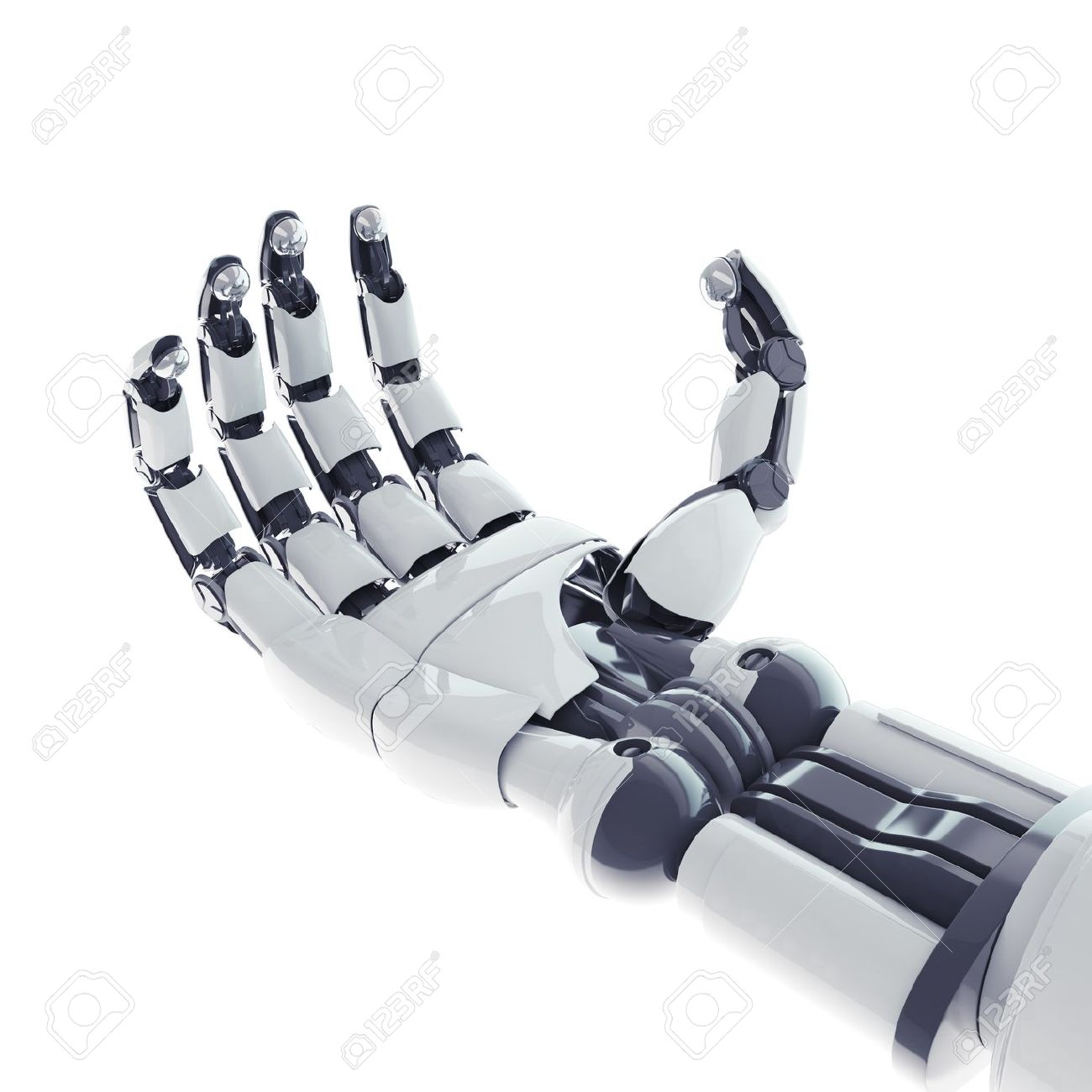 Grayson has insisted that the design stays affordable. “Since most of the design can be printed on a hobbyist 3D printer, the overall cost of the project including motors and other parts can be kept under $600”. Additionally, he informed us that he made the arm from multiple individual parts. These included:

Grayson also added that his design allowed for improved dexterity making it a marked improvement on most prosthetics. The hand takes its primary inspiration from the insides of a human hand as opposed to mechanical joints. As a result, it displays a more realistic range of motion and speed. Consequently, Grayson used available biological data about how the human hand works to further improve the model.

“I followed the blueprint of the human hand, using printed ligaments and laser cut rubber to form a joint capsule.” This allowed for improved performance and better dexterity over traditional robot hands.

As mentioned earlier, 3D printing has led to a well-spring of various different medical applications. We’ve covered some of those in earlier articles. Eventually, the medical applications of Additive Manufacturing will be widely available. Grayson also stressed that 3D printing was core to his design. “The level of detail and customization of this hand would make it much more expensive to manufacture if I did not have a 3D printer. Also, all of the parts can be printed in about 3-4 days.” 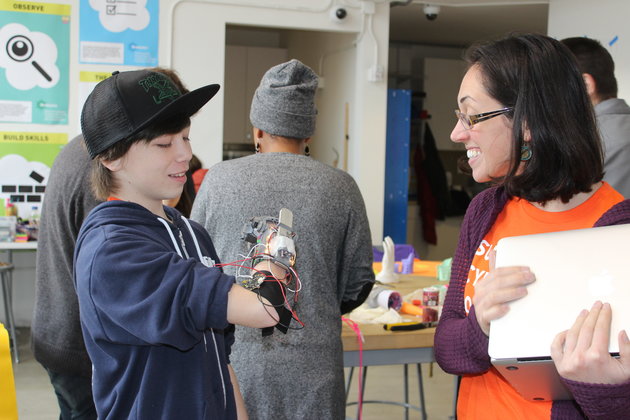 Similarly, just last week Ben Ryan printed a prosthetic arm for his son. Ben’s design differed greatly from Grayson’s (it was also a much simpler design). Ben used an Xbox Kinect as a scanner and modeled the design in the style of more traditional robotics. However, they both were private citizens creating parts at home. This kind of innovation would have been impossible without sufficient help and funding. In an age when people can 3D print whatever they desire, industrious people can often make great contributions to fields once dominated solely by massive companies. 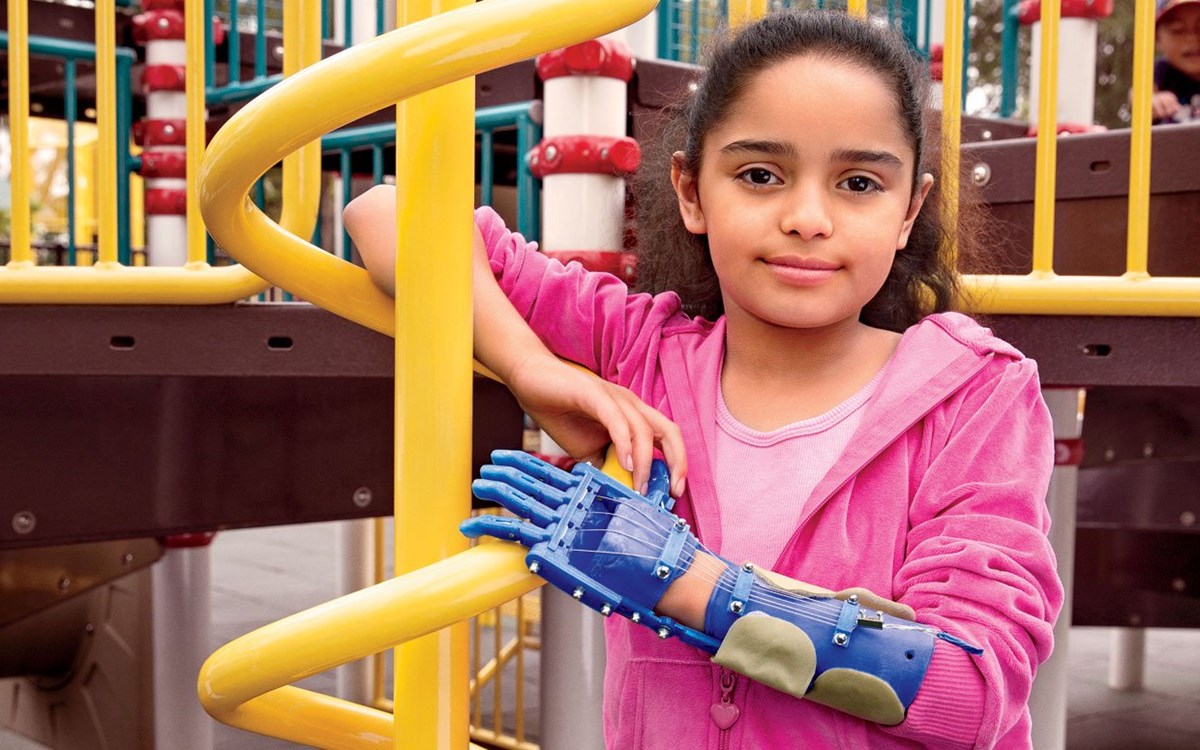 That’s not to say the professional side are slacking off. Far from it. As a result of 3D printing Australian scientists performed a vertebrae transplant. A similar event took place in India. Doctors and medical professionals all over the world share enthusiasm for 3D printing. Just last week, Chinese researchers printed blood vessels and rescue workers in Nepal utilised printed medical devices. The potential of 3D printed parts and prosthetics is only just being explored. So far the future looks bright.